The Coronavirus and Wall Street 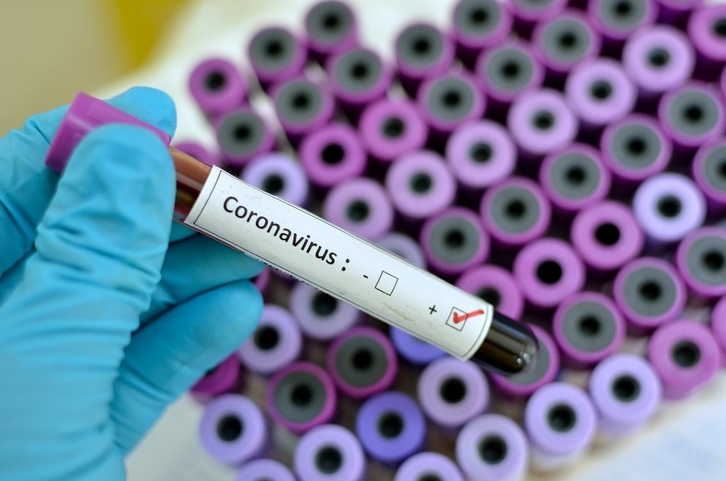 The Coronavirus and Wall Street

As you may know, the Coronavirus rattled Wall Street yet again. The Dow Jones Industrial Average has dropped over 1900 points the past two days, as investors sold stocks and pour money into government-bonds. Until now, investors had largely discounted fears that the virus might disrupt the global economy. Last week, the market hit an all-time high and after a strong 2019 rally, a correction should be of no surprise. Anything can cause a correction and typically the market falls at least ten percent once a year. So it’s hard to say if the Coronavirus is a real threat at this point. Certainly, the disruption in China and the rising number of Coronavirus cases around the world is cause for at least some concern. Whether investors are overreacting remains to be seen. Gold rose to its highest level in seven years and futures traders are betting the Federal Reserve will cut interest rates.

The real question is whether the economic toll from the coronavirus will be contained to a few quarters of slower growth or if further pullbacks lie ahead. Much of that may depend on how many more new cases are reported or how long this may last. Many have asked just how the Coronavirus is disruptive to the economy.  To understand the implications, let’s take a closer look at the situation.

97% of Coronavirus Cases Have Been Reported In China

According to the Worldometer, 79,773 Coronavirus Cases have been reported in China, which represents nearly 97% of all cases. Out of these cases, more than 25,000 people have totally recovered from the virus while over 11,000 are in serious or critical conditions and 2,744 have died. Outside of China, there have been 46 reported deaths. In the United States, there have been 61 total cases with 5 recoveries and 0 deaths as of this writing.

Given that the epidemic has been mostly contained to China, the virus has curtailed Chinese manufacturing, exports and consumption. If it spreads, it threatens to dampen growth around the globe. Even still, with factories' supply chains world-wide dependent on China, the outbreak there alone is noteworthy. Disruptions are particularly acute in Wuhan and other cities in Hubei province - the epicenter of the outbreak. These cities are almost completely blocked off from the outside world. In fact, throughout China, some 760 million people are under some sort of a residential lockdown, according to an analysis published by The New York Times. Consequently, a key part of China's economy is stalled. The range of products and parts made in China and shipped all over the world, specifically to the U.S. is massive. Small U.S. businesses that sell everything from bicycles to custom software are already struggling with the ripple effects, which has disrupted global supply chains and left Chinese factories closed or short-staffed.

Disruptions are defined as major breakdowns in the production of supply, causing a series of events to be triggered. In today’s globalized world, we depend upon other countries, specifically China, for much of our manufacturing. When an event such as this causes factories to shut down, even if temporary, the supply of goods is delayed or disrupted so businesses can’t move products. Thus, business activity can be interrupted which could potentially impact profitability or corporate earnings- the heart of what drives stock growth. In extreme cases, when businesses can’t compete in the marketplace due to lack of supplies, they can be forced out of business, and this is especially true with smaller companies. Such a chain reaction could potentially trigger a surge of job losses, followed by credit defaults and further damaging domino effects. Natural disasters, political unrests, cybercrime, recessions and extreme weather conditions are examples of ongoing threats to supply chains in today’s world.

The business world today is one big system of cogs, gears and wheels, with most countries and businesses interconnected. It's called the supply chain so when one chain breaks or a cog gets jammed, the entire system is at risk of seizing. However, new cogs are added, wheels are rebuilt, gears are fixed and eventually the system is back up and running, usually better and more efficiently than before. Based on history, if one section breaks down, there may be snags but with human ingenuity and perseverance eventually the system is repaired or rerouted and the wheels start rolling again. New gears get greased and business gets back to normal.

You may remember the Japan Tsumani of 2011. That was another major disruption to global supply chain. Japan is the world’s third-largest economy, and a vital supplier of parts and equipment for major industries such as computers, electronics and automobiles. Disruption such as the tsunami had a profound effect on supply chains. For instance, General Motors, at the time, had to close plants in the U.S. due to a lack of parts sourced from Japan. The cost to General Motors was estimated to be in the millions. At the time Japanese plants were shut down for days as a result of rolling blackouts and damages that disrupted the transportation system. But, of course, in due time business resumed and the markets soared on to new heights with the recovery.

In 2014, you may recall the Bardabunge volcano eruption in Iceland which lasted over the course of several weeks. The impact in Iceland itself was negligible, however the impact to the continent of Europe was unfathomable. Thousands of flights were halted in and out over a period of about a month. People were stranded and air commerce stopped. The end result was billions of dollars in lost revenue.

These are extreme examples of supply chain disruptions; however, we are now seeing more and more of these disruptions occurring as the world has gotten smaller. They can happen because of natural forces, but they can also happen due to company mergers, acquisitions or bankruptcies. In the bigger picture, such calamities generally do not cause long-term damages, but they can certainly be temporary setbacks for investors. The point is to keep in mind, history has demonstrated that businesses have been very adaptive and have learned to swiftly address these disruptions. So, for most investors who are seeking long-term financial security this commotion tends to be soon forgotten. You may not even have remembered the disorder in Iceland or Japan until prompted.

Meanwhile, the Coronavirus epidemic is swelling globally. Italy now has the largest known outbreak outside Asia. The outbreak widened in other countries; South Korea announced Monday that it has 833 confirmed cases, seven of which have resulted in deaths. Afghanistan reported its first case. Kuwait, Iraq and Bahrain reported new cases, as well. Economically, the spread of the virus also threatens export hubs. In short, this is not favorable conditions for global manufacturers.

The Feds say it's too soon to know how the fallout from the Coronavirus will ripple through the U.S. economy but we know factories around the world are grappling with parts shortages as their Chinese suppliers struggle to resume normal operations. As global economic engines sputter, the Federal Reserve and other central banks could be facing distress calls, and I suspect they will be quick to take action. The Trump administration just asked Congress for $2.5 billion to fight the Coronavirus, which includes allocating a billion towards developing a vaccine.

That said, from a health and public safety standpoint we still don't know enough so prudence is in order. The Center for Disease and Control estimates that as many as 56,000 people die in the U.S. from the flu each year. In fact, from 2017-2018 it is believed that over 45 million people had the flu (influenza), about half of whom visited a doctor and 810,000 were hospitalized that resulted in 61,000 deaths. Of course, elderly, those with health problems and children are the most vulnerable.

Coronavirus is now a public health emergency of international concern and although the flu season is winding down, the U.S. CDC expects the virus to keep spreading beyond this year. What makes it so deadly is because it has not previously been identified in humans, and scientists believe it jumped from animal to human, which is rare. Additionally, an infected person might not show symptoms for up to two weeks after exposure. Fever, cough, runny nose, sore throat and trouble breathing are some of the most common symptoms.

People should wash hands often with soap for at least 20 seconds, cover their mouths and nose if they sneeze using a bent elbow or tissue and stay at least three feet away from anyone who may be sick. Caution is necessary, but it is important not to panic. Far more people die from the flu each year and while the Coronavirus is serious and a global health threat, treatments are already being developed in the private market. Clinical trials have been launched.

Investors Should Always Be Prepared

In summary, I doubt this disruption will prove to have lasting effects on the economy, but investors need to be prepared for continued volatility and a potential decline in stock valuations.  Given the market rally over the past few years, many may have forgot that market dips are normal and should always be expected. They can be caused by any disturbance.

However, over the long-term, stocks have outpaced other investments. Equities have had the highest returns over the past 50 years and those who have remained calm through the inevitable periods of declining stock prices have historically been rewarded for maintaining a long-term outlook. While novice investors may be tempted to base investment decisions on emotions, there has been good reason to look beyond the headlines of the day.

We recommend you start by having a clear and defined investment objective and assemble an experienced and skilled team best equipped to be entrusted with your life savings. At Longevity Capital Management, LLC we have established three core principles over thirty years ago that we still hold to this day: (1) Start with having a plan and understand your key purpose for investing, (2) Do thorough research and focus on rigorous risk management, broad diversification and quality investments and (3) Always be guided by a total commitment to honesty and integrity.

Since 1988, we have helped individual pursue long-term investment success and we remain dedicated to our mission. We welcome you to contact us with your questions or to learn more about our services.

Content in this material is for general information only and not intended to provide specific advice or recommendations for any individual.

All investing involves risk including loss of principal. No strategy assures success or protects against loss. There is no guarantee that a diversified portfolio will enhance overall returns or outperform a non-diversified portfolio. Diversification does not protect against market risk.